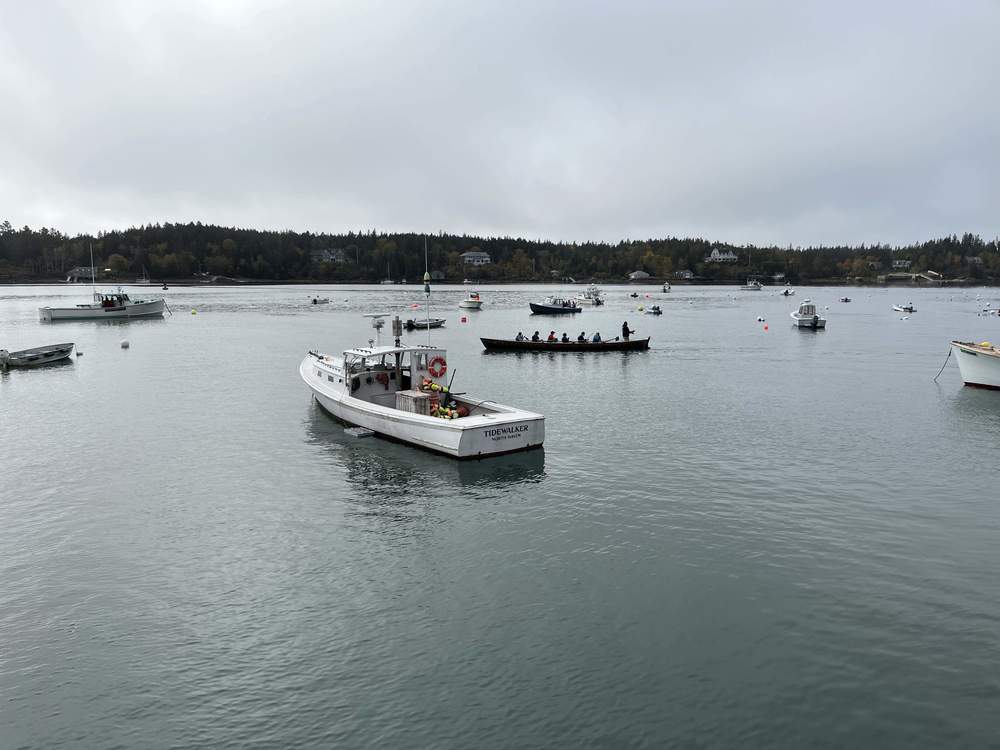 Hansen said that because there were only three Station Maine rowers that were able to make it to the race a decision was made to make mixed teams with rowers from both crews as well as a few adult rowers from the community. He said “although it is a competitive school team, rowing is a little bit different. There is a lot more cooperation that happens.”

Hansen explained that there were two boats being used, Recovery, which is the boat that belongs to NHCS, and Vixen, which was borrowed from VinalHaven. Both boats are Cornish Pilot Gigs.

Recovery was built by students at NHCS between 1994 and 2001. Noah Davisson, one of the NHCS graduates that was very involved in the building process said “It is really awesome to see the boat that we built about 20 years ago still being used by North Haven kids and still being one of the best and lightest gigs around.”

Hansen said that there were two different race courses used on Saturday and in both Recovery was the winner regardless of which individuals made up the crews.

Amilia Campbell, an NHCS alumna, who rowed throughout high school, said “Rowing made me feel very connected to the place I was living.” She also said that rowing gives students a very different way to showcase their talents and abilities than many other sports.

Station Maine director Muriel Curtis said “We are teaching working together, teamwork, leadership, and followership and those are the skills that the kids walk away with.”